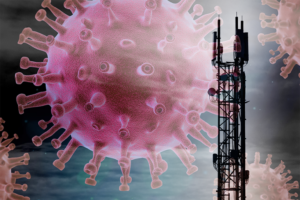 Field engineering members across the entire telecommunications sector are being reminded of the paramount importance of ensuring that any abusive behaviour they encounter in the course of their duties is formally reported and logged – especially where it relates to ‘fake news’ that coronavirus is somehow being spread by the rollout of 5G.

Six weeks after that absurd conspiracy theory began with a widely shared video on social media, feedback received by the CWU suggests the number of engineers being subjected to threatening behaviour by members of the public continues to escalate – despite concerted efforts to quash the groundless rumour by the CWU, Ofcom, health experts, politicians and the mainstream media.

Although the major social media platforms moved swiftly to take down the original offending video and other material perpetuating the falsehood, within just a fortnight more than 80 instances of abuse had been reported across the UK, 35 of which involved Openreach engineers.  Today the abuse tally stands at 76 in Openreach alone. The vast majority of those targeted were conducting work that had nothing whatsoever to do with 5G.  Click here to read more