The CWU has advised it’s Branches with members working for Royal Mail Group Branches of a revised and re-named scheme of the former Royal Mail Personal Accident Benefit Scheme (PABS). 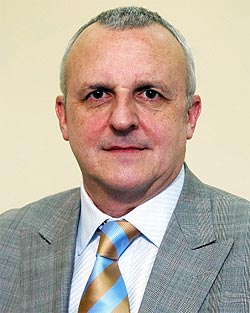 Following a number of discussions and a final meeting with Royal Mail representatives, Tony Rupa Head of Legal Services details below the significant changes that have been made to the Scheme which greatly reduce the benefits available to CWU members.

Tony writes in his letter to branches:

Royal Mail’s attitude to the Scheme is best summarised in their introduction paragraph, which is as follows:

Subject always to the terms and conditions of the scheme, PICS are designed to compensate employees that suffer a significant permanent physical or psychiatric disability as a result of an accident at work.

The scheme operates as a last resort and compensation will only be considered (subject to the terms and conditions of the scheme) when all other possible avenues of compensation have been exhausted and have been unsuccessful, including where applicable, issuing legal proceedings against a party liable for an accident.

No compensation under PICS will be paid where an individual has been awarded compensation or damages for an accident from any other source.

The following is a list of changes to the Scheme:

* Terms and conditions will apply to all new employee notifications received after the 1st April 2017.

*No compensation will be paid where an individual has been awarded compensation or damages for an incident from any other source.

* Payments will only be made if a minimum 14% assessment is obtained from the Department for Works and Pension (DWP).

* No payments will be considered if the authorised sick absence linked to the accident was for less than 15 working days.

* Employees must have a minimum of one year’s service at the time of the accident and still be an employee (and not under notice to terminate employment for any reason) at the time of any payment under the PICS.

* No payment for death.

It is clear from the changes listed above that Royal Mail’s intentions are to totally devalue the scheme and I view their actions solely as a cost cutting exercise.

Their position during our discussions set against the fact that the scheme is a non contractual discretionary employee only compensation scheme provided by Royal Mail Group and they reserve the right to withdraw or vary the terms of the scheme or cancel the scheme in its entirety in its sole and absolute discretion at any time.

Claims notified prior to the 1st April 2017

I was able to persuade Royal Mail to take a different view and as such all claims that were notified prior to the 1st April 2017, with or without a DWP assessment, will be covered by the terms and conditions of the Personal Accident Benefit Scheme.