The EU Referendum last year created a massive rift in the country, both in terms of opinions about the economics of leaving the EU and in regards to immigration and questions the whole fabric of UK society and the belief that we are a ‘tolerant’ society.

With most of the claims made by the ‘Brexit’ camp turning out to be lies and those of the ‘Remain’ camp coming to be shown as not as exaggerated as their opponents claim, according to many commentators; it is Parliament who should have the final say in how we actually do leave the EU rather than the Government itself.

However, given the stance taken by Theresa May and her mostly ‘Brexit’ ministers that only they should have the final say on any exit deal with the EU; an all-party grouping of MPs formed to put pressure on the Government and their fellow MPs, calling themselves the ‘All-Party Parliamentary Group on EU Relations’ (APPG on EU Relations).

Their website which links via the logo above states:

"We are a large group of UK Parliamentarians, mostly elected Members of the House of Commons but also the House of Lords, drawn from all the major political parties in our country.  The people we serve expect politicians of different parties to work together in the national interest to secure the best possible outcome for our communities.  With that objective in mind, we are working to secure the best and closest possible relationship with the EU and its 27 member countries who have been our allies, partners and friends in building a better UK and a better world."

Today, the Government released its position paper on post-Brexit customs arrangements between the United Kingdom and the European Union, following weeks of chaos and disagreement between the Cabinet as to the Government position on our remaining within the Customs Union following ‘Brexit’.

You can download the Government policy document entitled ‘Future customs arrangements: a future partnership paper’ by clicking on the cover picture further down the page.

This policy document published today (15th August 2017), was quickly followed by a press release from the APPG on EU Relations: 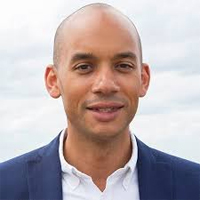 “As the Brexit negotiations go forward, it is crucial that Ministers take positions based on realism rather than wishful thinking. Unfortunately, such realism is thin on the ground in this position paper.

They might promise frictionless trade, but they are offering a red tape bombshell for British business.

More worryingly, such a transition only moves the cliff edge for business from 2019 to 2021. If we leave the Customs Union, British firms will still face damaging disruption to their imports, exports and supply chains.

To truly ensure frictionless trade between Britain and the European Union, the Government should negotiate to keep Britain in the Customs Union after Brexit.  Of course, Parliament must have its say on all of this.” 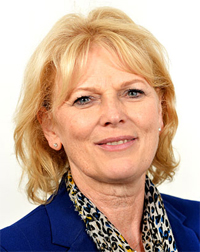 It’s welcome that the Government appear to acknowledge the importance of the benefits of the Customs Union to our economy. A transitional arrangement may involve technically leaving the Customs Union, but in reality it will be the status quo, which is good news for British businesses and at least gives them more time to prepare for life outside the European Union.

Ministers appear to be moving in the right direction. But they need to go further. They should acknowledge that no new agreement with the EU can fully replace the benefits of Customs Union membership, as the EU and business has made clear.

With regard to our post-transition EU customs arrangements, it is vital Parliament has its say on which of the options in the position paper the Government chooses to adopt. Businesses of whatever size should use the next few months to lobby their local MP and their trade organisations. MPs must have a say on the final arrangements as laid out in the paper and other alternatives.” 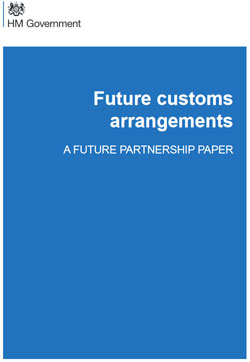 It remains to be seen just how all this turns out, given the Government’s slim majority and its dependency on the Democratic Unionists Party of N Ireland.

More importantly is the view of the EU, and that doesn’t look good for the Tory policy.

Already within hours of the policy paper coming out, former EU Commissioner Karel De Gucht has warned Britain by describing the plans being put forward by the Government as “very problematic” and at odds with Brussels’ ideas for a transitional period.

The Belgian, who was European Commissioner for Trade between 2010 and 2014, suggested the EU would accept the status quo on customs for several years only on its terms with Britain abiding by decisions of the European Court of Justice, paying contributions – and not seeking to sign preferential trade deals with third countries.

But Cabinet ministers who clearly want their cake and eat it too, have already insisted that Britain must also be free to negotiate free trade agreements with non-EU countries, from day one after departure in 2019.

This of course would allow the UK to undercut the EU in trade deals as far as the other 27 countries are concerned, not to mention the view of the Irish Government with regard to borders once we leave the EU. They insist that a new border, the Irish Sea, should be determined in order to ensure no ‘hard borders’ with the UK.

Clearly the Government’s stance on the Customs Union is a non-starter and simply pie in the sky, along with all of the promises made by the ‘Brexit’ dominated government.

But the certainty is that working people and Trade Unions will not benefit from anything this Tory government does with regard to leaving the EU, or indeed any government in the view of those wishing to remain in the EU.

See also: Be Afraid, Be Very Afraid If You Are A Worker, Pensioner Or Trade Unionist