The CWU, which represents the largest number of dog attack victims in the UK, has today expressed its condolences and deepest sympathies to the family and friends and of the latest 3-years old dog attack fatality victim Dexter Neal in Halstead, Essex, coming just a week after a 52 years old man was killed in Huddersfield – which occurred a short distance from where one of its members was savaged and severely injured in a dog attack in the same area.

3000-4000 Postmen and Women are attacked by dogs every year and two have been nearly killed, delivering the Mail.

According to CWU statistical records this is the UK’s 34th Dog Attack Death – 18 Children and 16 Adults with all but 3 of them occurring since 2005 which indicates the steep rise over the last decade. 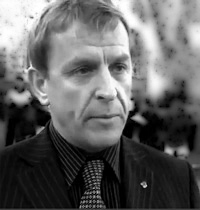 "This is yet another tragic loss of life, two in one week and a this is a big concern to our Union.

“The CWU sends condolences to the family and friends of the young victim, who hasn’t had a chance at life but we’ve done this on too many occasions now.

I don’t know how bad this needs to get before the UK public wake up to the out of control and growing menace of out of control dogs blighting our country, maiming and killing people and young children across towns, urban and suburban areas alike.

We now have the laws in place thanks to the Communication Workers Union’s 7-year ‘Bite-Back’ campaign – so the Police and Dog Wardens have the tools to build a battleship but can’t even build a raft because of the lack of resources and attention to the issue.  The government needs to focus attention on tackling the problem of irresponsible, bad dog ownership now or these numbers will continue to climb and climb. Give the Police and Dog Wardens the resources they need.”

Referring to law changes the union had campaigned for, Dave added:

"Although our campaign succeeded in changing and toughening up the law and sentences, this latest death, the UK’s 34th Dog Attack Death and the 31st since 2005, and this again highlights the danger posed by dogs and the need to tackle irresponsible ownership." “Whilst a lot of talk centres on the breed of the animal, the problem is ‘on the other end of the lead’. How many more lives must be lost before more effective action through adequate resources and controls are put in place. We still get 3,000 to 4,000 attacks on CWU members every year and this must stop.  The breed and type of dog is secondary to the bad ownership problem. Many of these people shouldn’t have dogs at all."

The CWU successfully campaigned for changes to the UK’s dog control laws through its ‘Bite Back’ campaign, which was set up in 2008 following near-fatal attacks on two postal workers in Sheffield and Cambridge. CWU’s campaign has achieved new Dangerous Dogs Act Laws across the UK.

The CWU campaigned for seven years to get the law changes in Scotland, then Northern Ireland in 2011 and finally in England and Wales in 2014.  Over that period, 30,000 postmen and women and hundreds of telecom engineers were attacked by dogs, with many seriously injured.

Some 70 per cent of these attacks on Postal Workers take place on private property where irresponsible owners were previously immune from criminal prosecution. The changes extended the law to apply everywhere plus introduced extended police seizure powers and tougher sentences of up to 14 years in jail and unlimited fines. Recently an Essex Dog Owner was fined £8,800 when his dog bit off the finger tips of a Postwoman, signalling a big increase in Fine Levels following new Court Sentencing Guidance from the Sentencing Council.

"More police dog legislation officer and dog warden resources are needed and an injection of resources into public awareness campaigns, training and ownership controls need examining. We cannot allow this situation of dog attack deaths to continue at the present rate – it’s not acceptable in a civilised society."