Despite the rain and the cold, CWU retired members attended their NW Forum today held in the Machanics Institute in Manchester. 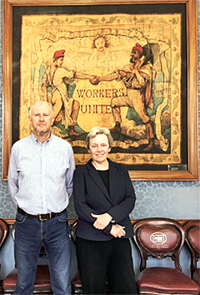 With guest speakers, Margaret Greenwood, Labour’s shadow Work and Pensions minister and Wirral West MP, Tony Kearns CWU’s DGS and Jan Shortt  General Secretary of the National Pensioner’s Convention, not to mention the couple of centuries of CWU membership shared by our retired members in the room; once again the voices of our retired members was once again heard loud and clear.

As expected the current major issue of the CWU Re-Design project as it affactes the retitred members of the CWU as much as it does any other group within the Union, was raised, with Tony Kearns urging all retired members ot have their say by voicing ther opinions through their Branch meetings which will take place well before the proposed special conference on the matter in November this year.

The photos below appeared today on the NW Region Twitter feed and picture both Tony Kearns and fellow guest speakers Margaret Greeenwood and Jan Shortt.

Carl Webb , the NW Regional Officer is also pictutred above with Margaret Greenwood in front of a rather interesting Workers Unite mural on the wall behind them. 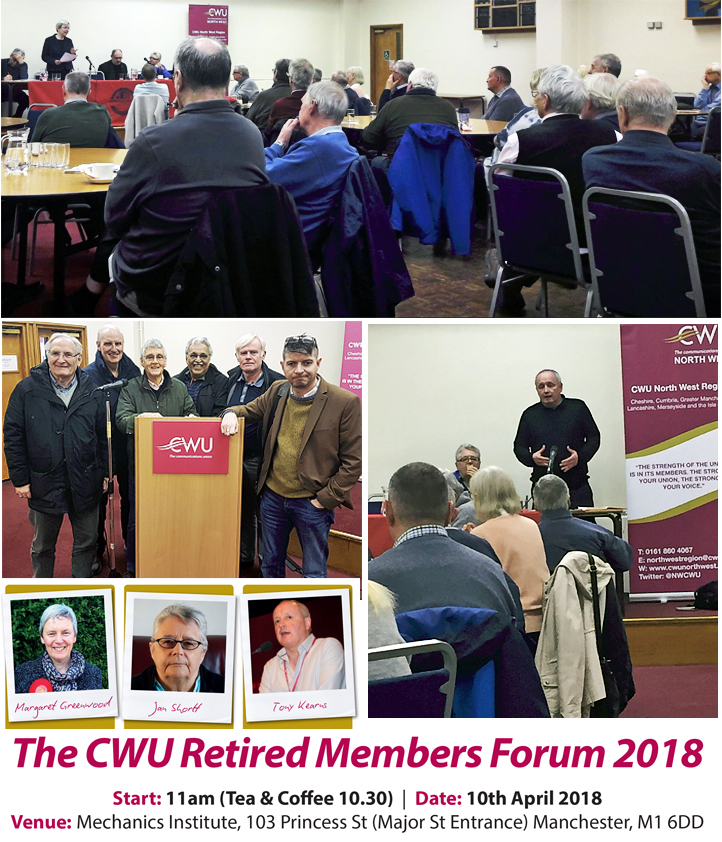