MPs have issued a report into Openreach which concludes with the recommendation of the breakup of BT.

The report from the group of cross-party MPs who make up the British Infrastructure Group which is chaired by Tory MP Grant Shapps; calls for the complete breakup of Openreach from BT in a 72 page report entitled "Broadbad"!

The report is 22 pages long and contains 50 pages of statistics hard to read, with no sense in the headings or any methodology in collating the figures indicated and no source, other than the House of Commons Library! 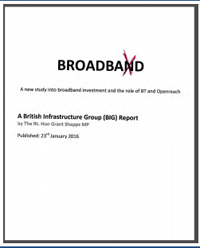 Published on Grant Shapps own website, an introduction to the report is highlighted which states:

"This research highlights the serious problems that the UK broadband network is facing. It argues that the current situation of large inconsistencies in service leading to millions of citizens and businesses experiencing slow or non-existent connections is now untenable.

With the UK economy now so reliant on its internet infrastructure, this BIG report contends that our future is being held back by systemic under investment stemming from the ‘natural monopoly’ of BT and Openreach.

The report concludes that the current situation is stifling competition, hurting our constituents and in the process limiting Britain’s business and economic potential."

It can be downloaded by clicking on the pic above.

“Carl Webb, Regional Secretary of BT’s main trade union, the CWU, responded to the report by highlighting the lack of knowledge and understanding of provision of Broadband services amongst North West MPs who have signed this report; saying: 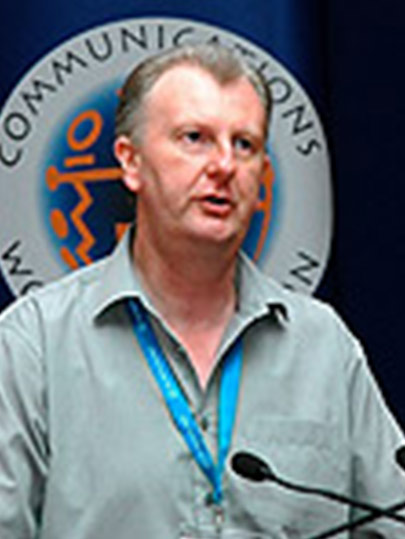 "I am shocked and disappointed with those North West MPs who have put their name to this report, which has no understanding of the challenges in providing the UK with a super/ultra-fast broadband infrastructure.

In fact their ignorance is startling. One thing is for sure, our members who work for Openreach will be dismayed and angry if their MP has backed the call to break-up BT”.

Many fear that in demanding this they will open up Britain’s complete broadband network to the likes of Sky TV and other telecomms companies such as Virgin and even foreign companies as is the case with Royal Mail Group now.

The CWU have responded nationally to this latest attack on BT and the apparent clammer to make even more profits from the splitting up of the company, at the expense of Broadband services in the UK.

"The CWU represents around 28,000 staff who work directly for Openreach and who understand fully the complexities of the industry and, in particular, the delivery of high speed broadband throughout the whole of the UK.

We firmly believe that this report is badly researched, ill-judged and has no concept of both the physical and geographical challenges in providing a super/ultra-fast broadband infrastructure.”

Condemning the report for its clear lack of understanding the industry, or showing any concern for the detrimental effects of BT being broken up, he said:

"There is no credible rationale nor logic in breaking up BT. This would cost hundreds of millions of pounds which could and should be invested in broadband.

Any break-up would take a considerable amount of time as it will no doubt lead to legal challenges, during which time there would be no incentive to invest further, resulting in the slowdown of the pace of delivery.

There will also be needless uncertainty hanging over the heads of the workforce in terms of job security and the threat of potential weakening of terms and conditions, which would do nothing for their morale or motivation.

Does anyone who really understands the industry believe this report is credible or is in the best interests of broadband roll-out in the UK?”

Concluding his rejection of MP’s demands, he stated:

"There is absolutely no evidence in this report to support its conclusions or proposed course of action and that this would result in the faster delivery of broadband to all parts of the UK.

Nor is there a shred of evidence to support the claim that additional investment would be forthcoming if the proposals are accepted.

The CWU will be seeking an urgent meeting with Ofcom to discuss this report and other speculation to ensure that the concerns of CWU members are fully understood before their review is finalised."

The so-called evidence can be challenged very easily as it seems to be based on questionable regurgitated anecdotal reports.

For example one of the key sources for the report comes from a marketing research company called Digital Strategy Consulting, which was done in March 2015.

"According to the study, more than a third (39%) of respondents said that their home internet connection was ‘much faster’ than the one they use at work."

Given that most business computers are on local networks and wi-fi often is the source of broadband access for these machines, a lot can vary in terms of the speed available to their network as opposed to that obtained by the individuals user’s PC.

BT has no control whatsoever over individual company’s IT specialists and the kit they and software they use.

Quite clearly their evidence base for Broadband speeds is somewhat subjective and relies on user’s perceptions rather than actual technical line based speed analysis. As a result these are subject to numerous variables, including correct set up of their computer(s) and settings within the software being used.

This is reflected in the low numbers of ‘respondents’ rather than true Openreach network broad band speed tests.

Their results cannot be seen as being scientifically sound:

"The research was carried out by One Poll who surveyed 2000 adults (1190 females and 810 males) living in the UK. Statistics available on request."

One of the key variables is the internet service provider’s network
which brings together the traffic of all of its customers. The consumer’s broadband experience will depend
on the number of users who are simultaneously trying to access content.

Indeed this has the major affect upon the access speed of the individual both at home and in work.