The union has already issued, in conjunction with other leading affiliated unions, two statements supporting Jeremy Corbyn MP, leader of the Labour Party.

“We supported you in your election as the democratically elected leader of the Labour Party because you represented the best chance for a new kind of politics.

The recent and continuing actions of many in the parliamentary Labour Party are unacceptable.

You have stood by us throughout our struggles, now we stand by you.”

The move follows the behaviour of thousands of ordinary members of the Labour Party in defending Jeremey Corbyn, and serves to re-iterate to all CWU members that the union is standing by the democratically elected leader of the Labour Party.

Supporters of Corbyn point out that the actions taken by some MPs in the House of Commons is in contempt of the parties rule book and has plunged the party into disarray and damaged its position with the electorate. 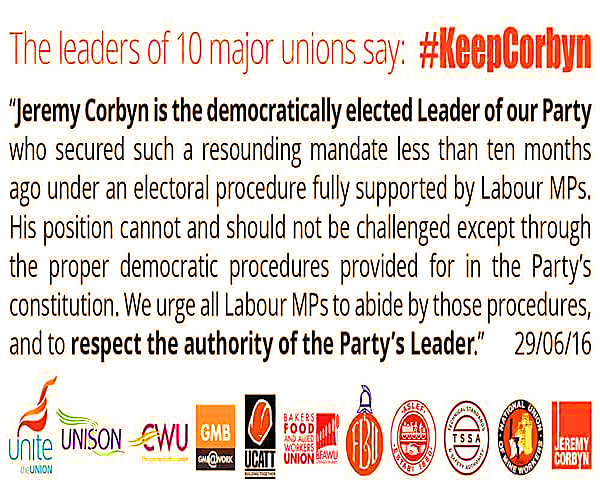