Writing to all CWU branches via a letter to branches, Dave Ward, General Secretary explains why the CWU supports the Momentum campaign group:

As branches will be aware, Momentum grew out of Jeremy Corbyn’s first campaign for the Labour leadership in 2015, to capitalise on the support this generated and its success in reaching out to new (particularly young) voters.

Over the past two years we have been monitoring developments with Momentum closely and building a working relationship with the organisation at a national level.

While it has taken some time for it to become properly established, at the start of this year Momentum finalised its constitution and rules, which now require all members of Momentum to be members of the Labour Party and focuses the organisation on campaigning for a Labour government.

The general election earlier this year showed the value of Momentum as part of the wider labour movement. It put on training sessions for 3,000 activists, created the website mynearestmarginal.com (which had over 100,000 unique visits) directing people to campaign in marginal constituencies and it mobilised members for more than fifty campaign weekends. It also ran an extremely effective social media campaign with 1 in 3 Facebook users in the UK watching a Momentum video during the election.

Its contribution to Labour’s campaign has been recognised across the Labour Party and there are now serious efforts from the Tories to copy what it has done.

Momentum also won plaudits from across the media and politics for The World Transformed festival that it helped to run alongside Labour Conference in Liverpool last year.

With over 5,000 visitors, this was the largest fringe event ever to have been held, opening up the conference to the general public and a wider audience.

Through this work Momentum has now established itself as a political force in the UK and we believe that it has an important role to play in securing a transformative Labour government.

In light of this, at its meeting in July the CWU NEC unanimously agreed that the CWU should now affiliate to Momentum to have a formal role in its governance structures at a national level. This will be put to CWU General Conference for endorsement in 2018.

We believe affiliating to Momentum will have a number of benefits for the CWU.

Firstly, from CWU candidates to our policy campaigns, we want to work with Momentum to promote a trade union agenda within the Labour Party.

Secondly, we want to work with Momentum on campaigning more generally, particularly when it comes to our industrial issues and raising the profile of our campaigns.

And thirdly, we want to make sure trade union values are embedded within Momentum which is bringing through a new generation of activists. 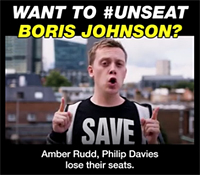 We are aware that there are some people within the Labour Party who have raised issues about Momentum and understand that in some areas of the country there have been disagreements which some of our members will be concerned about.

However, we do believe that Momentum has helped Labour to reconnect with voters and that we should be working to shape the organisation from the inside.

As part of this, we would encourage branches to get involved in the campaigning Momentum is now leading in new marginal constituencies to target a number of prominent Conservative MPs through www.unseat.co.uk.

We would also encourage branches to develop links with local Momentum groups in order to promote CWU candidates and policies in local constituency Labour Parties (CLPs).

Finally, through our relationship with Momentum, we are working with The World Transformed on a series of trade union focused sessions at its festival alongside Labour Party Conference in Brighton this year.

This is an important platform for the union which we will be using to promote our key campaigns. Further information about the union’s activities at TUC Congress and Labour Conference will be sent out shortly.