This week’s Labour Party Conference held in Brighton was a huge success for Regional Officers Carl Webb and Dan Lewis.

Indeed Dan is now been crowned Mr Publicity for his seemingly impossible ability to be seen everywhere at Conference and getting his pic taken with influential figures from the Labour Party.

Both the Four Pillars and Total Eclipse of The Sun campaigns that the Region is heavilly involved with were prominant and there must be absolutely no one at this week’s conference who is now not aware of the CWU’s campaigns and in particular of both Carl and Dan! 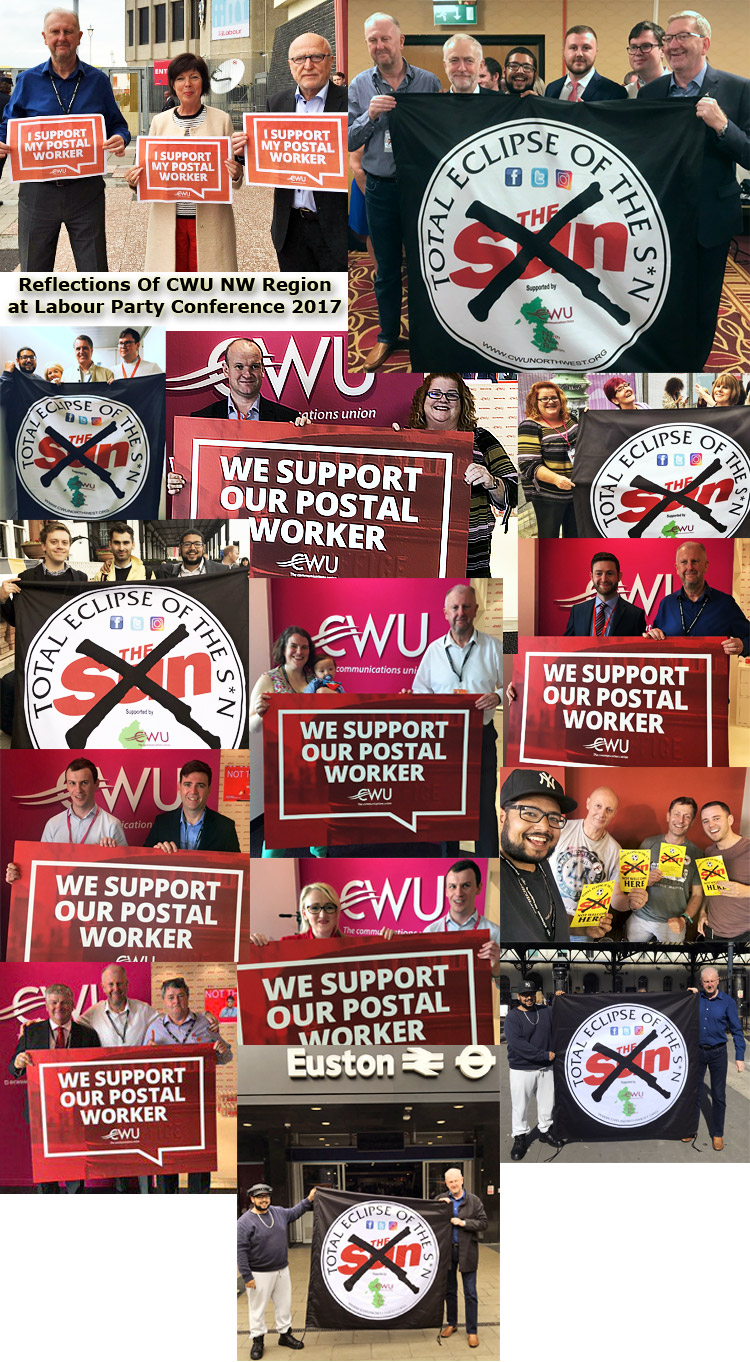