The Labour Party conference this year will be dominated no doubt by the issue of leaving the EU, with the biggest single issue being that of freedom of movement and remaining in the Single Market.

With the labour party manifesto having previously promised an end to freedom of movement, the motion below is being promoted by a group of Labour MPs and activists with a view to ensuring it hits the agenda at this year’s party conference taking place in Brighton at the end of this month, and thus changing party policy on this issue:

‘Migration And Free Movement: An Agenda Of Hope And Solidarity

Stagnating wages, crumbling services and the housing crisis were caused by government and employers making the rich richer at working people’s expense – not immigration.

We need massive public funding to ensure good jobs, homes, services and benefits for all; scrapping of anti-union laws and stronger rights so workers can push up wages and conditions; and communities uniting across divisions to win changes.

Labour is the party of all workers, regardless of where they were born. We note many struggles where migrants have been central to improving low-paid workers’ wages and rights, like the recent victorious cleaners’ campaign at LSE.

Free movement benefits all workers. Without it, migrants are more vulnerable to hyper-exploitation, making downward pressure on wages more likely. Limiting it would damage the economy and hit living standards.

Britain and the EU should welcome migration across Europe and from beyond.
In government, we should maintain and extend free movement; scrap the net migration target; strengthen refugee rights; dismantle the brutal anti-migrant regime built over decades; abolish immigration detention centres; ensure the right to family reunion; end use of “no recourse to public funds”; end use of landlords and health workers as border guards; and reverse attacks on migrants’ access to the NHS.’

Whilst most Labour MPs from areas of the country that voted to leave the EU are concerned about their election prospects if they support freedom of movement, two recent polls ( YouGov and Cambridge University) have shown that the majority of the public who voted to leave the EU are in favour of  retaining freedom of movement if it means access to the single market, and still give us some control over EU immigration such as the arrangements some EU countries have already. 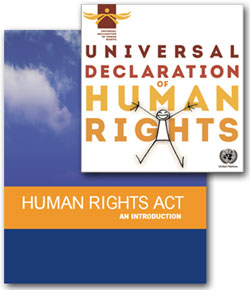 Further, the leaked document this week detailing the intent of the Home Office/Government is to end freedom of movement on day one after we leave the EU and also end/curtail the ability of immigrant workers to bring family members to the country to join them.

This will break up families and goes against the UN Convention on Human Rights (Articles 12 and 16) not to mention the UK’s own Human Rights Act (article 8) Indeed in the case of the latter, this explains one of the reasons why the Tory Government intend to abolish the Human Rights Act and replace it with a UK Bill of Rights, which no doubt will weaken Article 8 if at all even contain such an article.

You can also download both the UN Convention on Human Rights and the UK’s Human Rights Act direct from this website: