Whilst the CWU ballot result has not been in anyway impuned by the High Court action by the Royal Mail, the bias against worker’s rights even when they and their Trade Union have complied with the most draconian Trade Union regulations in the whole of the EU! 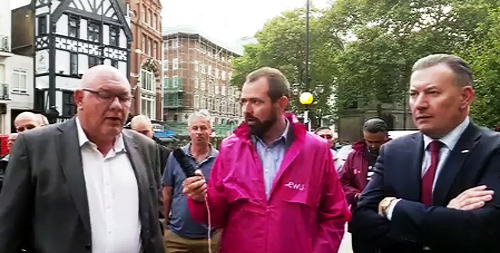 The full details of the Court Decision will be on this website later, but for now the video of the live interview outside of the High Court in London with both the CWU General Secretary Dave Ward and Deputy General Secretary (Postal) Terry Pullinger can be viewed below: