When it comes to the ingrediants listed on supermarket food labels, we should be concerned with what is IN our food as opposed to the headlined label of what is NOT in the food! 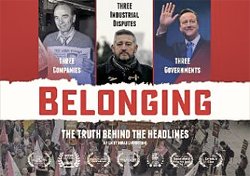 For years the British Public have been spoon-fed political dross with the aim of ‘dumbing down’ the electorate – and it has worked!

Politics is seen by the majority of the public as a subject of no interest, and that has no consequence for their lives. Watch any TV quiz show and the response of contestants to any question on the subject of politics and you will clearly see the extent to which the general public are politically inept.

The intended effect of reducing voter turn-out, because there is no advantage for any politician in having a high electorate engagement in elections; has worked too. 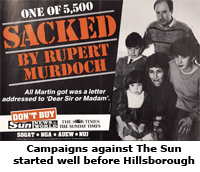 Now, instead of watching the usual diet of politically mind numbing and distorted TV political ‘magazine’ shows on every Sunday or reading the biased and mostly ‘dis-information’ spread in the pages of Sunday newspapers like Marmite spread on a piece of bread: watch something that is truly inspiring, factual and spot on when it comes to the political aims of UK governments and majority in the Western World.

Investigative political journalism is as good as dead in the maintsream TV and film media, and you certainly won’t see anything like World In Action during the week, or Weekend World with Peter Jay and later Brian Walden on a Sunday which even teenagers of the day often watched with their parents.

Belonging: The Truth Behind the Headlines is an investigative feature documentary film about where powerlies in the UK.  Re-looking at events around 3 industrial disputes, 3 governments and over 3 decades we show the impact of government and corporate power on democracy and human rights in the UK.

This documentary provides the evidence that those who are already aware that Governments are more interested in representing big business, consumerism and profit than they are in respresenting the needs and the will of those who elect them; have long sought after.

The film reveals a secret government plan to destroy community and collectivism.

Through heart rendering personal stories from those at the centre of these industrial disputes the fil show the impact of the actions of those in power on individuals and communities – but also question what lies ahead.  Power: “who has it, and what do they do with it”  is as relevant today as it ever was.

Whilst most Trade Union activists may well be of a simliar mind, it is the need to educate and agitate public opinion where this film comes in.

The full documentray lasts 1 hour and 28 minutes and can be bought on DVD from various outlets on-line.