Following a successful day for the CWU at Labour Party Conference, where two CWU delegates spoke and today CWU’s GS Dave Ward gave a rousing speech gathering support from delegates for a Postbank and the re- nationalisation of Royal Mail; CWU delegates gathered to hear from Labour’s newly elected leader, Jeremy Corbyn. 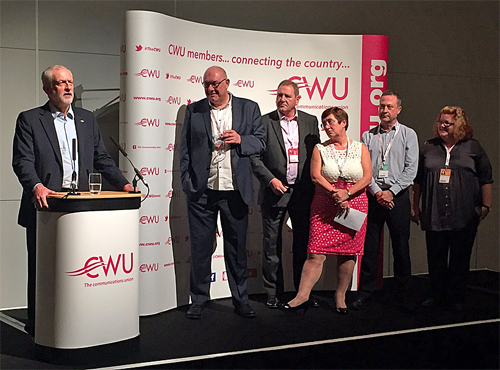 As is often the case with Jeremy, his speech was impassioned and made more poignant with his support for the unions People’s Post campaign and for the idea of a Postbank. 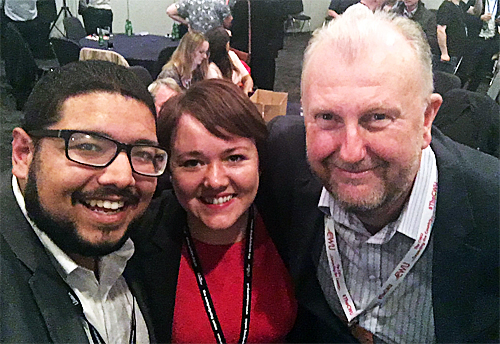 Twitter feeds of delegates has been reporting on the evening with many attendees posting pics of themselves at the event. This one above, features Councillor and CWU member Sandra Walmsley with Carl Webb, CWU North West Regional Secretary and a fellow delegate who seems to prefer to be incognito!

Oh, and one for the family album says Carl’s son Councillor Chris Webb! 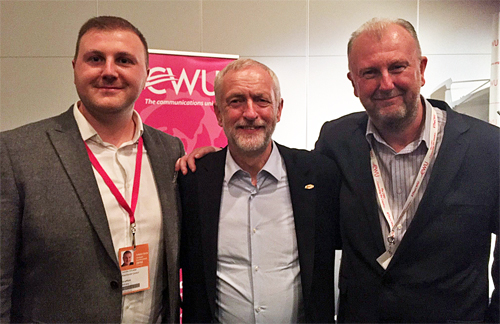