This week, the TUC responded to a law firm’s evaluation of the effect upon worker’s rights which by definition include those of health and safety at work protection; which would spell extreme danger for the UK’s workforce.

The new assessment by GQ Employment Law follows a more substantial independent legal opinion by Michael Ford QC, the Employment Silk of 2015. In his view, Brexit would mean that “all the social rights in employment currently required by EU law would be potentially vulnerable”.

GQ Employment Law only looked at one Brexit scenario, in which the UK negotiates a deal similar to Norway of paying to remain in the single market and abide by all its rules, but outside the EU and without a say in making those rules. Under this scenario, they found that several protections for working people could be reduced.

However, many leading Brexit campaigners, such as the free-market group Economists for Brexit, say they want complete withdrawal from the single market so that employment laws can be repealed. The TUC says that this would allow a government with a deregulatory agenda to make much more sweeping changes to employment law, such as reducing paid holidays, parental leave entitlements, and discrimination protections for pregnant workers. 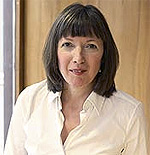 “A lot of the debate has focussed on how many people might lose their job because of Brexit. But even people whose jobs are not a risk would still face the threat of losing hard-won rights at work. GQ Employment have optimistically assumed that the UK would negotiate a similar Brexit deal to Norway. But even on this basis, they think that some important employment rights will still be at risk. Nobody knows for certain how bad it could get. But all the employment law experts agree that it will be worse for workers’ rights.”

Indeed, a think-tank pressure group called The group Economists for Brexit was launched on 28 April 2016. Their launch report, The Economy after Brexit, argues for the UK not to negotiate access to the single market and to trade under World Trade Organisation rules instead. The reports also argues that “we [the UK] would be able to shape or repeal both product and process regulations (such as employment law) to suit our domestic circumstances”.

Writing in the TUC’s Touchstone on-line blog, Owen Tudor Head of the TUC’s European Union and International Relations Department comments on the threat to workers rights, identified in the new report by GQ Employment Law LLP. 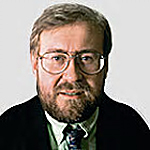 The report he says endorses TUC concerns that Brexit could endanger rights at work,
and suggests that weekly working time limits could well be under threat, along with overtime pay, and requirements to consult before mass redundancies would also be at risk. Protections for agency workers and reduced damages in discrimination cases are also identified as areas which could be affected.

He also questions elements within the report:

"…… repeating an earlier report, they say that “dramatic change in the area through a Brexit is highly unlikely,” because additional change would be prevented by political circumstance or whatever deal is done with the EU post-Brexit. That’s not much comfort, for three reasons:

He quotes Michael Ford QC, who provided a legal opinion for the TUC on the risks of Brexit for rights at work last month, added:

“Existing policy documents published by the Government indicate that a much wider range of social rights in employment are potentially under threat. And post-Brexit, a Conservative government is likely to move to the right, and be made up of strong supporters of deregulation of the labour market. These ideas are also being proposed by pro-Brexit campaigners and pro-deregulation think tanks, such as the group Economists for Brexit, who argue that that gender equality and working time rules are a regulatory burden on business.”

The changes GQ Employment Law think are likely would be bad enough. And if their optimistic assumptions turn out to be wrong, the situation facing working people post-Brexit would be even worse. That’s why the TUC is saying that when it comes to the EU referendum on 23 June, our advice is: “don’t risk it!”