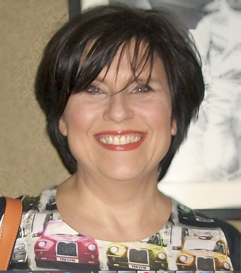 Equality Officers from across the CWU’s branches in the country, travelled to London to attend the Union’s seminar on Equality.

Linda thanked all the equality Offers for all the work they do and the help and support they give to members to protect them in the workplace.

She also thanked the advisory committees and the importance of highlighting all equality issues. The biggest challenge we face is the pending general election and the consequences of another Tory Government.

Tony spoke about the shock and events in Manchester the previous evening and the meeting held a minute’s silence in respect of all those affected and also the CWU sent a message of solidarity to Manchester. We need to react in the right way with help and support not hate and division. We believe, as a union, in an equal and just society and we need to draw from the positives in these situations.

Tony then spoke about the redesign of the union and he wanted feedback and ideas from the forum he stated that equality had to be at the forefront of this design and equality needs to be main stream in the union and not segregated or just a side issue for branches. 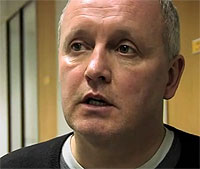 This current government actions and cuts predominately affects women as they are generally in lower paid work or carers. People think that austerity is the only way when it is not the case and there are other options to change things. Tony opened up for questions from the floor.

People raised issues on the redesign and to ensure that if there are changes they should be for the better in relation to equality we need to build on what we have and not go backwards.

Also, it was raised that we need a safe place for CWU members and officers to raise issues, a less formal route, other than the NDC panel system. We also need to be proactive in bringing people forward and get more youth involved as a clear progression plan.  We need to educate people and utilise all the courses available now before we lose them. 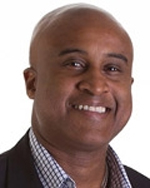 Roger started by also acknowledging the terrorist attack in Manchester and the distress and consequences of potential division and hatred. Roger spoke about the problems he had experienced being a Black trade union officer and his background growing up in London.

The racism he has experienced not only back when he was growing up but now in current days. In fact, at least a quarter of black and ethnic minorities have experienced racist abuse, there has been an increase in hate crimes since Brexit.

We, as a union, need to all work together to stop division we do not want divide and conquer!  We need to educate people and fight against inequalities and give people hope for the future and create solidarity we need to break down discrimination and all stand up together.

Paula stated we all need to stand together with Manchester today we need to stay strong and stick together and fight against hate crime such as islamophobia, disability discrimination and homophobia. DPAC have been ensuring people register to vote but when doing campaigns on the streets have experience abuse and hatred called benefit scroungers. Paula has even had abuse in what she thought would be safe spaces such as the TUC conference – this matter has been taken up.

The Labour party is not just a worker’s party but is for all and social justice, NHS and to protect the most vulnerable. A lot more needs to be done, even in the trade union movement, to educate people on what is going on and be aware of the effect of cuts and what this current government has done to date. Many people have lost their benefits(PIP) living allowances and mobility access. Many are no longer able to work or have independence. This government has blood on its hands as many disabled people have committed suicide after losing their support and monies. 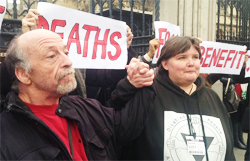 The crime has increased by over 200% and many crimes still go unreported. We need to get out to schools and educate people on the facts and the encourage all young people to be part of a trade union. 2018 will see even more cuts and benefits to be capped which will have a detrimental effect on many disabled people who need constant care. She also pointed out the ongoing issues with the dispute re guards on trains and how this is not just a security issue but they provide assistance to disabled people who need this to travel and remain independent.

Who is covered? Applicants for jobs, casual and agency workers, employees, ex-employees.

This is where an employer may need to make adjustments around a disability, this may not just be a physical adjustment it may be around stats or sick absence.
Remember a case had to be lodge within 3 months less one day from the act of discrimination and previous acts can be included if ongoing.

Andy spoke about the outsourcing of postal services and franchising into stores such as WH Smiths and the Co-op. There is still an ongoing dispute as the post offices are still under government control since being split off from Royal Mail.

The government is still cost cutting and this affects jobs and pensions and is relying on subsidies even though there is over a billion turn over. Young workers are now being exploited in these stores and there is little knowledge training and experience and a high turnover of staff, many are not in the union. These shops are not user friendly and they are difficult to access for disabled customers.

We need to re-introduce a post office bank such as the old giro bank to allow people from all backgrounds to be able to access bank services as currently over 4 million adults do not have a bank account and they are disadvantaged because of this. Labour has promised to do something about this if they win the next election.

Updates From The Chairs Of The Equality Committees:

Tony spoke about the need for all equality officers to submit motions from their branches to all the equality conferences and also the regions. 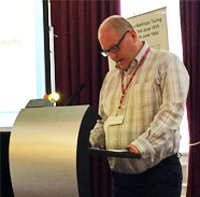 If we want to retain these individual conferences we need to ensure that we have sufficient motions on the pad.

We now have two DAC members sitting on a panel in Royal Mail with senior managers discussing disability issues and dealing with issues in Royal Mail.

All DAC members are taking ownership of the actions from motions passed at the previous conference.

We have also had motions in the disability TUC and STUC conference where we are held in high respect for the work we do in the CWU.

Last year was the most successful ever and lots of motions for the committee to action throughout the year. The LGBT committee ensure they attend as many events around the UK and will be at most PRIDE festivals including Manchester.

We saw several motions on the general conference pad and some did get heard although we still lost the one in relation to equality motions being moved up the agenda pad!

There are concerns re increases in hate crime since Brexit. We want to highlight Black history month and have a presence in work places and stands to highlight what the union does. We have an increase in BAME officers and now have 43 which is great news but we still have a way to go yet. The 3 priorities are to stand up against the far right, support charities such as water aid, refugees and Caribbean leukaemia charity. Work on all equality issues and cross over to all the various committees.

The main issues are women’s pensions and short falls for women born in the 50’s and working with WASPI – to alert out female union members of the shortfalls and support to lobby government to correct this injustice. Work through all the motions passed at conference.

We are still awaiting details of this year’s conferences, but we have provisional dates and venue which still need to be ratified by the NEC. Hopefully we will have confirmation in the next month.

Please ensure that all Branches submit motions on time.

Please note we have extended the information provided by members on the system and this can be accessed direct by members to update their information such as sex, disability, sexual orientations etc. This gives more information to branches of their demographics and ensures we are giving the right representation to our members.

This will be brought forward so we have more input into the re-design of the union. The date is to be advised.

Yet again a great day with excellent guest speakers and a good way for old and new equality officers to network and exchange ideas.

Please ensure that all branches start thinking about equality issues and motions for this years conferences if you have any ideas or need help please contact the North West Equality Committee.