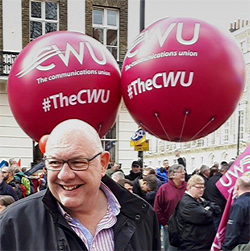 London Saturday 4th March 2017 and some 200,000 people from all walks of life, Trade Unions, and organisations concerned for the state of our NHS rallied at Tavistock Square and marched through the city to the Houses of Parliament, angry at the lack of funding and cuts to the NHS budget which has already resulted in fwer hopsital beds, wards. A&E departments; and even whole hospital closures.