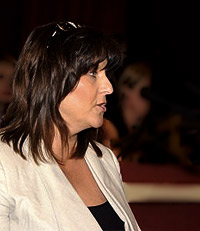 This was the second mid-week conference and yet again we had a great attendance with 89 delegates, 34 observers, 11 members of the Disability Advisory Committee, 16 HQ/ NEC totalling 150 attendees from 70 branches.

A networking and social event was held the evening before conference which included a fund raising raffle for the African Caribbean Leukaemia trust which raised over £450 for the charity.

Tony thanked all the branches who sponsored the social event  he also gave apologies from Dave Ward GS , who could not attend due to urgent business in Dublin at the European Postal Conference Tony stressed the importance of holding minority conference and these are a platform to bring people forward in a safe environment.

People living with disabilities are the most disadvantages in society the DWP stated they would protect people with long term disabilities but all we see is cuts to benefits and social care .

The Tories do little to help people back to work or to remain in a job and changes to Employment Tribunals and cost mean that people have less chance of obtaining justice if they are treated unfairly by their employer. It is a fact that people with disabilities are more likely to be in lower paid jobs and statistics prove they are more likely to commit suicide.

Discrimination takes various forms – Direct and Indirect, harassment and bullying, barriers to access to name a few. We appear to be in a time warp with dealing as a society with disability and thankfully we did get a U-Turn re the PIP benefits and this was down to the unions and national protests.

Our CWU motion at the TUC conference was successful and will be going to the TUC congress for the first time. the DAC is now working closely with the NEC and Dave Ward to push equality forward with both the CWU and the companies we represent.

Dave Ward had passed on his thanks to the DAC and had relayed to Linda his commitment to Equality. Linda stated that no assessment has been done by this government since all the austerity cuts and we have no grasp of the devastating effects other than the UN reports which state that these cuts are a breach of Human Rights!

People with a disability are more likely to have a crime committed against them and some people have more than one characteristic of the Equality Act they may be gay and disabled or black and disabled. People need unions more than ever these days and need that extract protection especially in the work place.

None one should be forced to hide their disability or be afraid to ask for help or reasonable adjustment and they should not be forced to retire or lose their jobs because they have a disability. We also now have a mentoring scheme with trained mentors and they are now being match to new mentorees to bring people through and learn skills for the future of the CWU.

Kate welcomed everyone to her region and talked about being the first female regional secretary for the CWU.

Kate told of the moving life story of Joseph Merrick better known as the ‘Elephant Man’ who was born in Leicester and the horrendous experiences he had once he left school at 13 and was forced into the ‘work house’ Joseph dies at the early age of 27, thank goodness we have moved on and things have changed in the 21st century.

Charlie gave a very emotional speech about men’s mental health issues and potential suicide and he told his story and survival of a suicide attempt and the aftermath. He spoke of RAMS- Raise Awareness of Male Suicide and ‘It’s OK to talk’ # Facebook. Suicide rates and deaths are much higher in men than women and young men aged 18-25 are particularly vulnerable.

This was a very emotional appearance and speech from both Paul and Steve about his traumatic time after being seriously injured in a criminal attack and his recovery with help from his unions friends and colleagues.

I was lucky enough to know Paul and sat next to him in my weeks Disability Champions course and it was a shock to see him now but also inspirational to see how he is determined to recover and get through this stage by stage. Paul also has a disabled wife – who has suffered from MS for over 10 years and is also wheelchair bound and came to conference with his daughters to support him. Thankfully Paul has not lost his wicked sense of humour!

I talk was given about the education department and updates on government grants and cuts to the education spending and how this will affect learning at work and ULR’s and courses.  Also he spoke about the aging membership and concerns of moving forward and looking to the future for the union and the mentor scheme, at present only 2% of reps are under 30 years old.

A presentation was given from the TUC to raise awareness of this campaign to allow people with terminal illness to have the right to carry on working – as yet there is no law to protect people from being sacked when they are terminally ill.

We saw a video of Jacci Woodcock who had a dreadful experience when she was diagnosed with terminal breast cancer and the way she was treated by her employer and HR.

Already several companies have signed up to this campaign including big companies like EON but we need the companies we present to get on board in advance of legislation being introduced. We need to lobby MP’S and our union needs to approach Royal Mail and BT add to the list.

Conference closed after another fantastic day of debate on many emotive and emotional topics with excellent guest speakers and proof of the work the DAC does and the Equality Dept and how important the Disability Conference is to try and change and make improvements for our Disabled members.