Nearly hundred delegates from 14 North West branches attended the 6th Regional Conference held at the birth place of the TUC – The Mechanics Institute in Manchester.

Dave Kennedy, newly elected regional chair, opened the meeting and gave thanks to Karen Kendrick and Carl Webb for organising the day and co 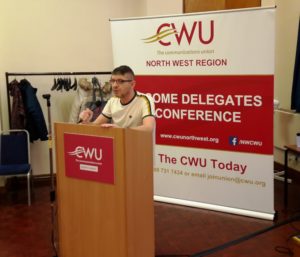 A minutes silence was held for our comrades who’d passed.

Delegates were shown a video highlighting the activities our region had been involved in, from campaigns, marches, gate meetings, canvassing and Pride marches.

An update was given on the dispute at Bootle and Seaforth Delivery Office by Ian Corrin, CWU Rep Greater Mersey Amal branch.

Chris Webb, CWU Head of Comms was in attendance in lieu of Dave Ward who couldn’t attend because of illness. Chris spoke on: General Election – Labour Leadership elections – 2020 Comms Strategy, including a

new CWU App for members and whether there was a need for the Voice.

The Retired and Young Workers Officers ran workshops, which were followed by a video with Kate Hudson, CWU Equality, Learning and Inclusive Officer answering questions from delegates 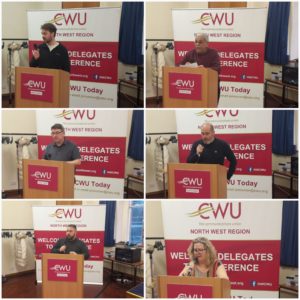 Another successful conference came to an end and Dave thanked everyone who attended and wished everyone a safe journey. 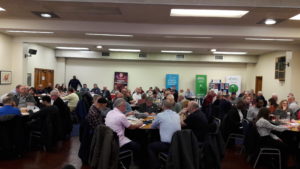 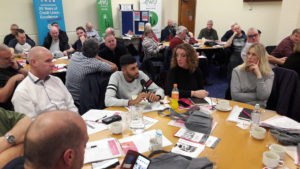