Royal Mail pleaded guilty to Health and Safety Offences at Isleworth Crown Court on 7th December 2017, in relation to an accident which occurred in the Jubilee Mail Centre yard on 12 December 2014 when a CWU member, employed as a Yard Marshal was struck by a departing 7.5 Tonne Vehicle and was knocked unconscious and received multiple serious injuries including a fractured jaw and several fractured ribs amongst other injuries. 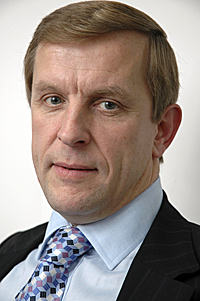 Royal Mail was sentenced on 21 December 2017 at Isleworth Crown Court and was fined £1.6 Million Pounds – Royal Mail’s biggest ever fine for Health and Safety Offences. They also paid £21,785 Prosecution Costs.

The Prosecution was brought in relation to health and safety breaches which occurred at the Jubilee Royal Mail Centre, Hounslow, Middlesex.

The Health and Safety breaches were found to be a significant cause of a serious but thankfully non-fatal accident in which an employee was struck by a LGV lorry.

The Court heard from the Prosecution that Royal Mail’s safety failures consisted of failures to undertake suitable and sufficient risk assessments and monitoring, failure to provide adequate safety information, training, instruction, supervision and failure to maintain a safe workplace and transport arrangements including road markings and signage.

In 2015 Royal Mail was fined £40,000 plus costs after a CWU Member Fleet Technician suffered chemical burns after being told to use faulty, dangerous cleaning equipment in Hemel Hampstead.

In 2016 Royal Mail was fined £50,000 plus £10,000 costs after a CWU Member had his foot run over and crushed by a Fork Lift Truck at the Rochester Walk Bundling Centre.

This catalogue of deaths and serious injuries to Royal Mail workers and members‎ of the public doesn’t make good reading. Obviously we’re concerned about this situation and want Royal Mail to look at the causes.
We take safety very seriously and Union Safety Reps are critical of Royal Mail’s record because many of the accidents could have been‎ avoided.

Royal Mail ’s yard safety record isn’t good and is a cause of concern and disquiet. The Health, Safety and Environment Department is very concerned about the accidents and‎ near misses in yards. The same types of accidents seem to crop up and they are easily avoidable if you learn from past mistakes. Safety‎ procedures are not being enforced in many cases.

Royal Mail needs to take action and work with CWU Safety Reps to improve and enforce safety standards and‎ ensure similar incidents are avoided in future and NOT to cut back safety resources or concentrate on ‘statistics’ instead of risks, hazards and accident root causes!