The CWU north west are backing Metro Mayors Andy Burnham and Steve Rotheram’s campaign, ‘Time Out to Help Out’, to support workers who need to self-isolate. They were joined at the launch of the campaign by TUC General Secretary, Frances O’Grady and NW TUC Chair Lynne Morris, to speak about what unions are saying and the reality for members and workers. 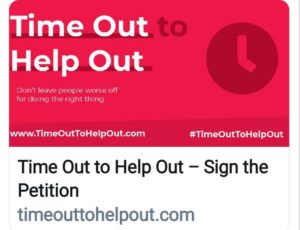 As well as the CWU other unions are also supporting the campaign.  These might be workers who contract coronavirus, who’ve been contacted by NHS Test and Trace, are living with family members who develop symptoms, or they develop them themselves, or who have to quarantine due to restrictions on certain holiday destinations.

We know people will want to do the right thing and follow the public health advice, but it’s recognised that it will be harder, or impossible, for people to do that if they can’t afford it.

Across the country, 2 million people don’t qualify for statutory sick pay, and of those who do, another seven million receive only that – £95.85 per week. It’s no wonder Matt Hancock admitted to Frances O’Grady he couldn’t live on such a low amount. Unions and the TUC have been calling for improvements in sick pay and today’s campaign is being supported to try and get people the help they need.

It is calling for the government to cover people’s incomes, similar to Jury Service, with this being seen as a Civic Duty.

There is more information on the campaign here, and a petition, if you’re able to share with members and networks https://www.timeouttohelpout.com/