With only one day to go before we get the chance to rid rthis country of an evil government that has acte more like the fascists of the 1930s all over Europe, by attacking the elderly, disabled, immigrants, employed, unemployed, students, teachers, doctors, nurses with policies that will diminish and control their lives.

It really is as serious as that!

The CWU has proudly supported the Labour Party and specifically Jeremy Corbyn because they have the most radical and beneficial plan for the working people of this country, for the poor, the disabled, for teachers, nurses, doctors and our children that has ever been seen since the end of World War in 1945!

Below is the final Election 2017 campaign video message from Labour, and just some of the happy smiling faces of CWU members in the North West as they hit the streets in their neighbourhoods urging people to vote Labour tomorrow, 8th June 2017! 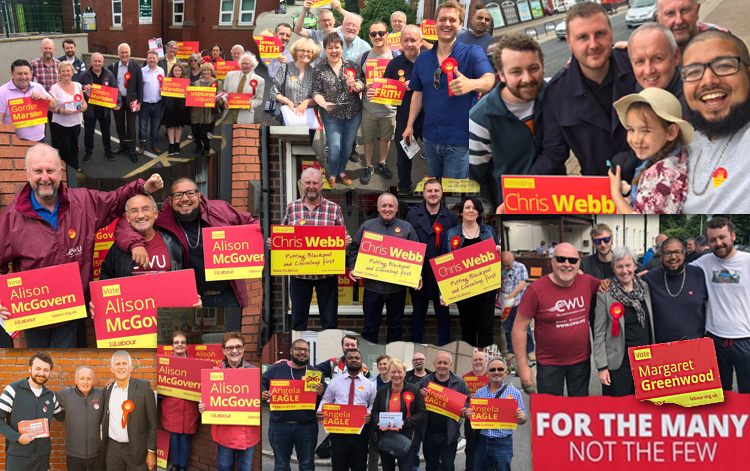