Wife Of Medical Director of Virgin Care To Now Run The NHS?

This morning’s (7th January) edition of The Mirror leads with the leaking of a decision which will have even more profound and detromental consequences for our NHS.

Following the spiraling deficit in the NHS budget, and the slashing of the numbers of GPs, doctors and nurses working directly in the NHS – a policy designed to ensure an excuse for the Government to fully privatise Britain’s healthcare system, at least in England; the Health Secretary, Jeremy Hunt responsible for the demolition of healthcare in England; is getting a promotion to Home Office Secretary of State! 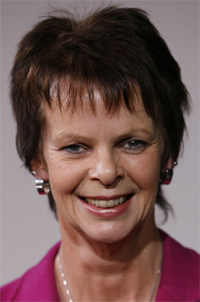 Worse still for the NHS, MP Anne Milton whose husband is director of Virgincare (Surrey) is being handed the position, simply because she used to be a nurse for 25 years before becoming an MP!!

Whilst her husbands is of course not being given the job directly, it beggars belief that he will not play a major influencing part in her decisions.

This now puts a private healthcare company in the form of Branson’s Virgincare, at the heart of influencing Tory Government policy and decisions made on a day to day basis concerning the future of the NHS!

The destruction of the NHS is hidden behind a smokescreen of a statement first dreamed up by Tony Blair – "Free at the point of delivery".

Now the Tories have added a further and clearer policy statement by claiming that they are 100% behind the principle of an NHS " Funded by tax payers, and free at the point of delivery."

Being Tories they are over the moon at the prospect of making tax payers fund private healthcare companies direct as they take over the NHS and turn it into a cash cow just as in the USA, with people having operations they don’t need and being prescribed drugs they don’t need!

And the key element of this strategy? Why, Brexit of course – without which this would not be possible!