Austerity as everyone should be aware is indeed also a gender issue, not only for working, unemployed, and homeless women, but also for their female family members.

With the massive increase in the number of people having to use food banks, including Nurses and other public sector workers, the public generally think of foodstuffs only as being provided. 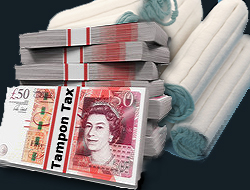 But there is even more reason to do with personal health and hygiene that women are increasingly having to go to food banks for – sanitary protection.

One of the risks to health caused by austerity choices this Tory government are implementing, and totally ignored by the media; is that of toxic shock syndrome risks to young women and all women having monthly periods.

Of course, this affects not just women but also men who have daughters and female partners of menstrual age.

Given the cost of the product, many women and their partners and families cannot afford to buy adequate supplies of sanitary protection and are making do with using just one Tampon per day!

One Food bank was featured for this very reason on BBC Radio 5 Live this week, and highlighted the fact that food banks are having to provide women with free sanitary protection as well as foodstuff which the public assume is all they need to provide.

So what is Toxic Shock Syndrome?

Way back in the 1980s this serious health risk to women was highlighted in the media, when sadly a number of women died from a condition that was a mystery to many in the healthcare world, as was the fact that it was only happening to women who were menstruating at the time of the onset of this very dangerous health condition.

Epidemiological studies reported toxic shock syndrome occurring with increasing incidence in menstruating women. The majority of the affected women showed signs of Staphylococcus aureus infection and the incidence of the syndrome continued to rise until it reached epidemic status.

Toxic Shock Syndrome is a killer, make no mistake about that. However, Toxic shock syndrome is a rare but very serious illness that can develop rapidly; and affecting approximately 17 in 10,000 women each year according to recent studies.

Here is the definition as quoted from the NHS Choices website:

"Toxic shock syndrome (TSS) is a rare but life-threatening condition caused by bacteria getting into the body and releasing harmful toxins. It’s often associated with tampon use in young women, but it can affect anyone of any age – including men and children."

"It’s caused by the release of poisonous substances from an overgrowth of bacteria called Staphylococcus aureus, or staph, which is found in many women’s bodies. Toxic shock syndrome affects menstruating women, especially those who use super-absorbent tampons."

Additionally it advices: "If you’re a girl whose period has started, the best way to avoid TSS is to use pads instead of tampons."

Regular changing of the Tampon for a fresh one is required and many people advise not to wear one in bed, but to use an alternative instead. This is due of course to the fact that when asleep the Tampon is not changed for a fresh one for several hours, increasing a risk of infection occurring.

What are the Symptoms?

Women might think that tampon-related TSS symptoms are felt in the vagina, but this is not the case. The main symptoms are some of these:

If you are experiencing all or some of these, go and see your doctor. If you’re wearing a tampon, take it out and tell your doctor you were wearing one.

Do NOT think you are panicking or being alarmist, because the onset of TSS can be rapid and the sooner it is treated, the better the doctor will be able to treat it and stop the bacteria from overwhelming your system.

Ignoring such symptoms can lead to loss of your life.

When this type of product was introduced in 1978, by Procter and Gamble with their new brand of tampon called Rely; that was intended to contain the menstrual flow without leaking or requiring frequent replacement. There was a controversial marketing campaign involving free samples to millions of women.

There were those within the healthcare professions who warned the industry that they were in fact increasing the risk of Toxic Shock as a result of their production of super-absorbency Tampons due to the fact that they can dry out the natural secretions within the wall of the vagina and cause dryness and a build up of toxins.

They were also marketed as being able to be left in use all day without the need to change the Tampon frequently. A classic case of profits before the health and safety of the users of such products.

Rely tampons were proven to be associated with an increased risk of toxic shock syndrome. and in the event, Procter and Gamble responded by recalling the product. However, Rely was not the only tampon product available that had led to the increased incidence of the potentially life threatening Toxic Shock Syndrome. 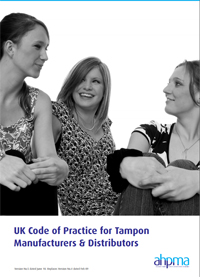 It has since been shown that high absorbency tampons are associated with an increased risk of toxic shock syndrome, regardless of the design or brand.

There is in fact an industry code of practice on the manufacture of Tampons which amongst other things describes the individual type of Tampon and how it is made and its best use by women.

The industry and employers have a great responsibility as do all organisations that provide sanitary protection vending machines for use by their staff and the public. It is not uncommon for women to find that the machines are stocked with only one type of Tampon, and often that can be of a type that is unsuitable for a specific woman to use. Matters are made worse when the only stock is that of the super-absorbency type.

It is also an issue Union Safety Reps have raised with their employers, in a bid to educate them and their members and to ensure machines are stocked with several levels of absorbency Tampons.

Whilst the sanitary protection industry at first refused to accept it could be the use of their products killing women, research and public outcry forced the industry to put warning leaflets within the packs of their sanitary product e.g. Tampons.

As a result, the manufacturers public education about the healthy and correct use of Tampons was established, not least in order to cover themselves from possible compensation claims.

There is no dubiety between the use of Tampons and the risk of TSS occurring amongst those using the product, especially the high-absorbency type.

Despite this fact, to date the industry still refuses to acknowledge fully the link between Tampon use and Toxic Shock Syndrome, and has it’s own website suggesting the link is ‘unclear’.

Indeed even today, many women will not use Tampons because of the risk, (albeit very low indeed if used correctly) and use alternatives such as sanitary towels and menstrual cups.

It is therefore clearly easy to see how austerity is increasing the risks of Toxic Shock Syndrome to menstruating women of all ages. Poor and homeless women are at greater risk than women with regular income above the level considered as being a ‘living wage’.